See empowered people in Uganda fully participating in and benefiting from tourism in their localities.

Enhance the capacity of local people to harness and realise the tourism potential within their midst, leading to improved livelihoods.

Empower Uganda communities to develop and utilize community tourism as a tool for income generation. 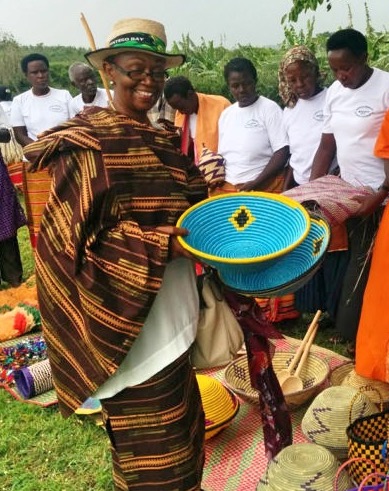 We identified a gap between mainstream tourism, rural villages near conservation and cultural sights, and community-based products and then developed a concept to use community tourism to generate income. In 2000, the concept received recognition from the World Bank as a priority area for poverty alleviation.

Since 2005, COBATI has promoted the benefits of community tourism to target communities through mentoring, on spot training, and outreach visits. Initially the COBATI concept was not supported, as tourism planners did not think of combining tourism with the traditions and cultures of indigenous peoples or consider rural communities as viable destinations.

Community Based Tourism Initiative started as the idea and vision of one person, Maria Baryamujuraand has grown into a locally and internationally recognized tourism NGO. We train and empower communities to harness the economic potential of their natural and cultural resources. And, we innovate ways for communities to enhance and diversify their tourism services and products.

Reviews and Feedback About COBATI

Play video
The visit to Bombo Village was awesome. We had a great time and Ismail was indeed a wonderful host. I have contacted him to arrange for us to provide assistance to the Bembe Hills Primary school and he has been helping me with that. I have asked two organisations to assist with this and they have contacted him directly. Also, the Trinidad &amp; Tobago High Commission is aiming to assist. The main challenge was that we were vegetarian and the lunch was not LOL! It’s actually quite a small one, but Ismail felt a little bad about it, but it wasn’t his fault! Keep up the good work.
Akosua
from Trinidad & Tobago: November 2013
Play video
During an eight-month trip around the world, we spent ten days in Uganda where we visited Bombo Village near Kampala and Mbarara in the southwestern part of the country. First we went to Bombo Village and had lunch at Mama Milly’s house. It was so much fun to be greeted by the singers and dancers when we drove up. Lori is into art and jewelry-making, so she really enjoyed meeting the women in the handcrafts group. It was also very interesting to learn about the Nubian culture. (See more on our travel blog, Bombo Village.) Then we spent a few days in Mbarara and met several families that participate in the COBATI program: Betty Kahima, the Katanywas, and Diana Kajugira. Our greeting at Betty Kahima’s home was overwhelming! We were greeted by the wonderful singers from the church group. Then we drank the traditional millet drink and Betty gave Lori two handmade necklaces: one with seed beads and the other with handmade beads from banana leaves. Lori mentioned that men might like banana leaf bracelets, and before we left, the ladies made a bracelet for Michael. We cherish these gifts very much. We thought it was really cool to see the Katanywa family’s traditional milk hut and pots. Michael liked the milk and yogurt from the Ankole long horned cow because it has a smoky flavor (the milk pots are cleaned by smoking them). Our next stop after Uganda was South Africa and Michael was thrilled to find milk pots for sale at a boutique. He bought one and talks about it often, and we know he will find a special spot for it when we get home. One of the most memorable experiences was learning how to make banana beer at Olive Kasande’s plantation (see a video on our travel blog, Banana Beer Making).
Michael & Lori
from the United States: April 2013
Play video
When it comes to stay at Dick and Diana’s place it was great! I really appreciated this moment of peaceful relax I could have at their place – and wonderful breakfasts! To Dick’s surprise I was most enthusiastic about mangos and pineapples! It was the first time I saw how they grow… believe me, it’s really not obvious for people like me (or my friends who have never been to Africa – they were surprised too!!). If I were to improve something, then maybe I would like to try do the bead necklace myself with Diane’s help, not just watching the way she beautifully does it. Oh – when I was at their place there was a tremendous thunderstorm! It was amazing and I was so afraid. But it was nice to sit with everyone in the living room in the darkness by the light of mobile phones and listen to the noises of the rain and thunders. Really glad I had this opportunity – thank you.
Suzanna
from Poland: September 2012